Overcoming the obstacles of interruption and speed 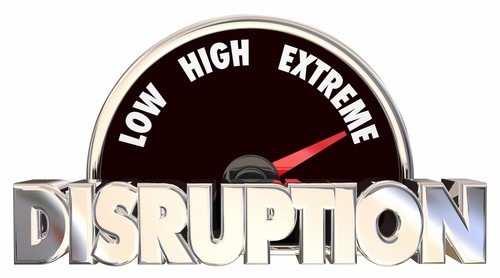 In 2006, Dr. André Martin conducted research on a sample of 800 leaders and identified four global trends [i] . The first two were ‘The Ground Truth of Globalization’ and ‘The Rise of Complex Challenges’. This article addresses the next two.

The third trend was The World of Interruption.

FI is not what you know, but how quickly you can access the information you need. It is the ability to overcome the two major obstacles of interruption and speed.

This has obvious implications for organizational leaders that want to be successful. Careful consideration must be given in setting up workplaces that suit different work styles and where specialized skills can cross-pollinate, and connect.

The fourth global trend was, Leadership for Longevity.

For the first time in 100 years, the next generation can see a decrease in their lifespan in comparison to their parents. In developed countries, 70-80 percent of health costs are attributable to lifestyle behaviors: poor diet, drinking too much, smoking, stress, and lack of exercise.

Health issues have a significant impact on organizations. Martin presents the following equation to identify the interrelationship between key factors:

If you don’t respond effectively to the world of interruption and speed, more than likely you will burn out.

There’s an intangible and invisible marketplace within our lives today, where the products traded are four-fold: attention, distraction, data, and meaning. Yet we rarely step back to question the pace, personal impact, chaotic information flows, unpredictability, and a lack of meaning that swirl within our organizations (Forrester, 2011, pp. 4)[ii].

Below are some things to consider:

"Dad how come you're not successful anymore?"

These words cut me to the core. I am not sure my 13-year old son, Ryan, fully appreciated the power of t...

You won’t agree with everything that Levitt and Dubner present in Freakonomics (2009), but it will ma...

What does Intel’s powerful microchip have in common with the Volkswagen Beetle?

Heavy fog found me sitting in a crowded lounge at Sydney Airport when Tony and Carlo asked if they could jo...